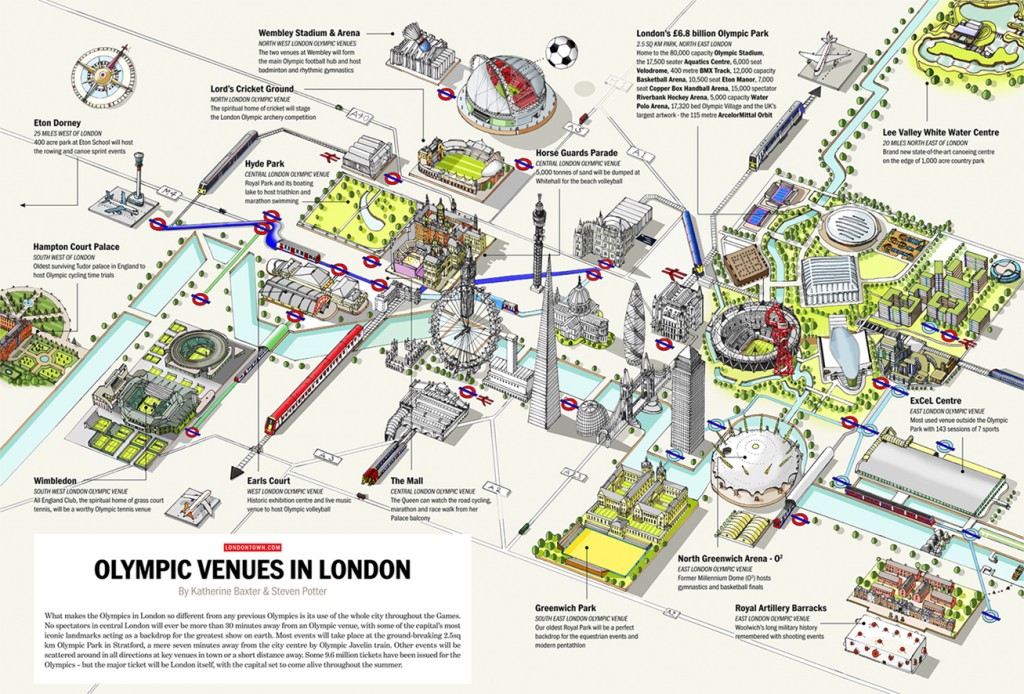 What makes the Olympics in London so different from any Olympics before is its use of the whole city throughout the Games. No spectators in central London will ever be more than 30 minutes away from an Olympic venue, with some of the capital’s most iconic landmarks acting as a backdrop for the greatest show on earth. Most events will take place at the ground-breaking 2.5sq km Olympic Park in Stratford, a mere seven minutes away from the city centre by Olympic Javelin train. Other events will be scattered around in all directions at key venues a short journey from the center of town. 9.6 million tickets have been issued for the London Olympics but the major ticket will be London itself, with the capital set to come alive throughout the summer.

LondonTown.com presents this wonderfully illustrated infographic showing all of the Olympic venues, including what events are taking place and the easiest travel plans. 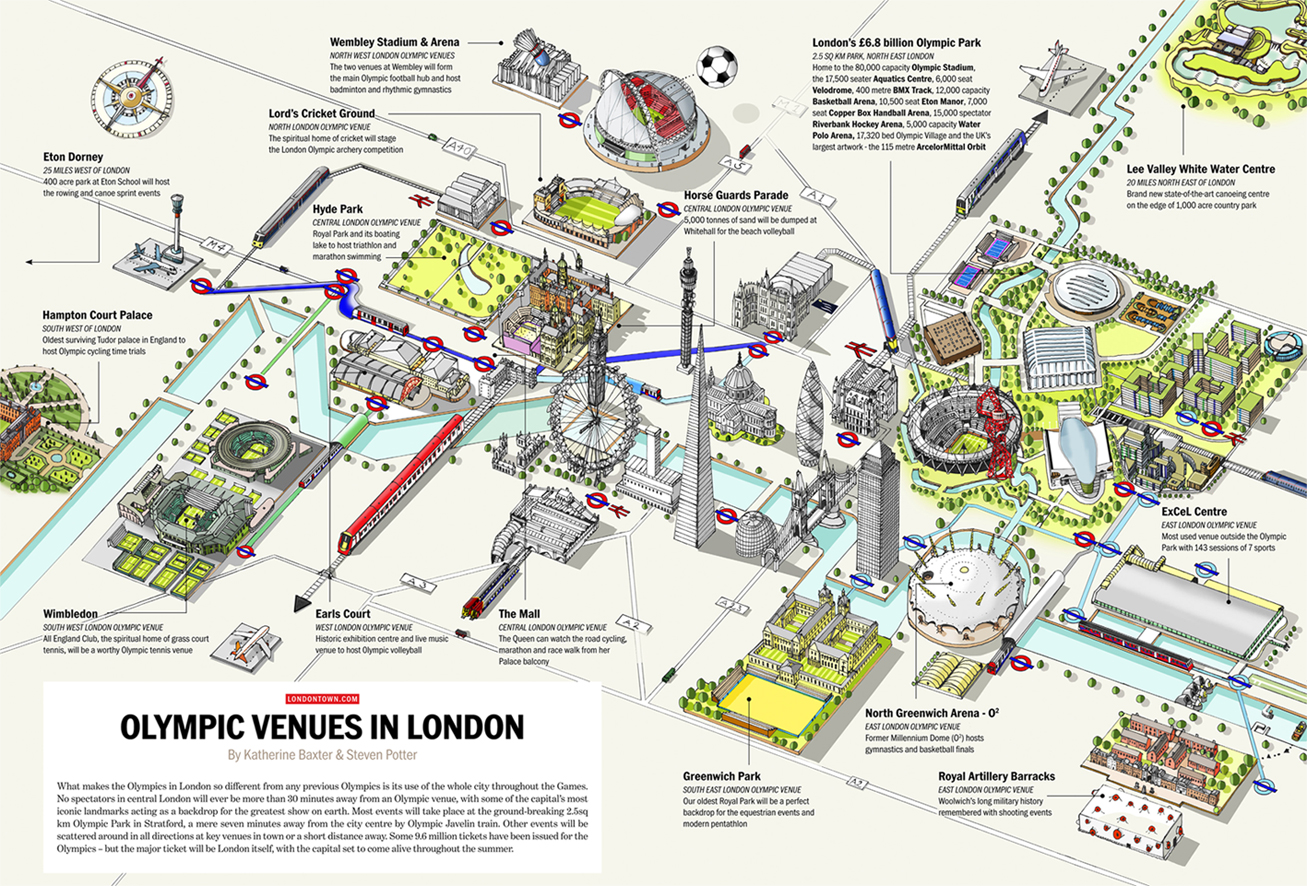 The Infographic is also available in the following languages: