1) Never Get Corrupted.
Every node on the network has a copy of the Digital Ledger. To make a change, every node needs to check its validity. If the majority thinks it’s valid, then the data change is accepted. This makes the data changes transparent and corruption-proof.

2) Decentralized Data
The entire technology is so that the data is distributed among members, but not copied or transferred. The network is created in such a way that there is no single governing authority or single person looking after the framework.

3) Cryptographic Hashing
A blockchain consists of multiple blocks that are linked together in a chain using hashes. It is an algorithm that takes an arbitrary amount of data input and produces an enciphered text called a hash. Adding or altering data on a blockchain takes an enormous amount of time and computing power.

4) Enhanced Security
Each block is linked to the rest of the elements through complicated hashes. Making a change to any block in the chain necessitates changes not only in that block but also in all subsequent blocks. As it eliminates the need for a central authority, no one can simply change any characteristics of the network for their benefit.

5) Consensus Mechanism
The architecture is cleverly designed, and consensus algorithms are at its core. Every blockchain has a consensus that helps the network make decisions. A consensus mechanism refers to methodologies used to achieve agreement, trust, and security across a decentralized computer network. 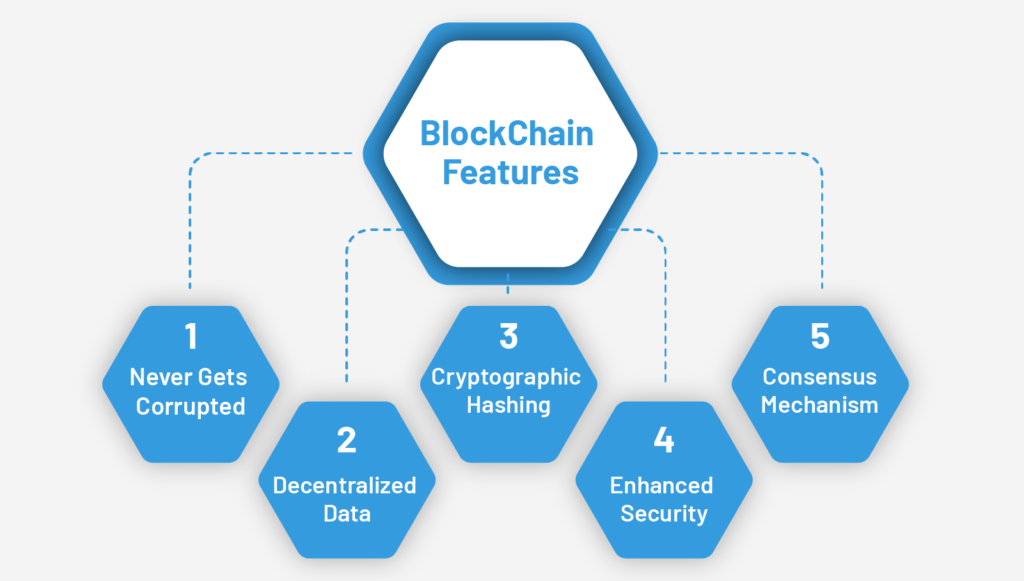